skip to main | skip to sidebar

This September Sun at the Cairo International Book Fair

LOCAL author Bryony Rheam’s novel, This September Sun, was launched at the ongoing Cairo International Book Fair on Wednesday after it was translated into Arabic, NewsDay Life & Style has heard. 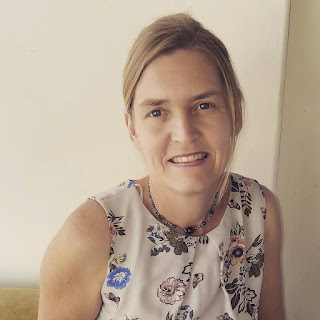 Brian Jones, an amaBooks Publishers director, said the book was published by an Egyptian publishing company Al Arabi, which launched 43 other titles at the book fair.
“Al Arabi will also distribute the Arabic version of the book across the Arab world, where the English version is already available through the Jordan-based website jamalon.com. The rights to the novel have been acquired for Kenya, Tanzania, Uganda and South Sudan by Longhorn Press, and for the United Kingdom by Parthian Books. The book topped the United Kingdom Amazon charts, as an ebook, in June 2013,” he said. 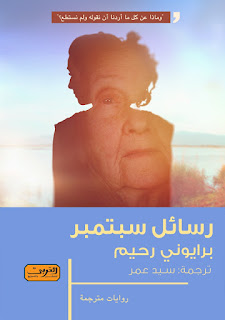 This September Sun won the Best First Book Award at the Zimbabwe Book Publishers Awards and was a Zimbabwe Schools Examinations Council ‘A’ Level Literature in English setbook between 2013 and 2017.
Egyptian publisher, Sherif Bakr described This September Sun, which is one of the longest novels at the fair, as “huge, but beautiful”.
Rheam is an ardent fan of Agatha Christie, a passion inherited from her grandmother. As testimony to this enthusiasm for Christie, she won the international Write Your Own Christie competition, which involved writing a chapter of a novel in the style of Agatha Christie, following on from chapters of previous winners.
Her eagerly anticipated second novel, All Come to Dust, is undergoing final edits before being published by amaBooks in Zimbabwe in a few months’ time.
In 2018, Rheam was awarded a Morland Writing Scholarship to support her while she was writing her third novel, The Dying of the Light, set in Bulawayo just as some of her previous novels.

This article, written by Sharon S Sibindi, appeared in NewsDay on 25 January 2019.
https://www.newsday.co.zw/2019/01/local-author-at-egyptian-fair/

By Stan Mushava
https://www.thestandard.co.zw/2019/01/06/tl-huchus-speculative-fiction/
The Zimbabwean canon is not traditionally known for its speculative fiction, but TL Huchu, Ivor Hartmann, Masimba Musodza, Tendai Machingaidze and others have been spreading their footprints in space, the underworld and dystopian futures for a while now.
Late last year, the third volume of the Hartman-curated Pan-African speculative fiction anthology, Afro-SF, dropped, featuring the stories, Njuzu by Huchu and The Interplanetary Water Company by Musodza.
Although the trio boasts notable achievements in the genre -- Musodza's Shona science fiction novel, Muna Hacha Maive Nei, Huchu's 2018 Nommo Award-winning short story, The Marriage Plot, and Hartmann's several gongs and proprietorship of speculative fiction outlets -- it is Huchu's thread that I have been able to sit down to recently. 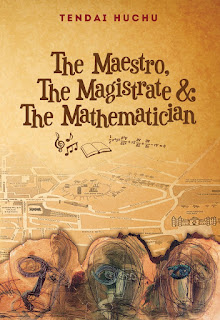 Who is TL Huchu, by the way? A quick investigation shows TL distancing himself from "his evil twin, Tendai," the author of The Hairdresser of Harare as well as The Maestro, The Magistrate and The Mathematician. But a visit to the registrar shows that the Tendai and TL are one and the same twin.
It's all a speculative ruse. TL, I assume, is simply Mr Huchu's genre fiction cover. His stories have appeared in Space and Time Magazine, Interzone, Ellery Queen Mystery Magazine and a lot more spaces.
Of the speculatively inclined stories, I have only been able to read The Library of the Dead in the 2017 amaBooks anthology Moving On and Other Zimbabwean Stories, The Sale in the first Afro-SF anthology, and The Marriage Plot and HostBods in the Omenana journal. 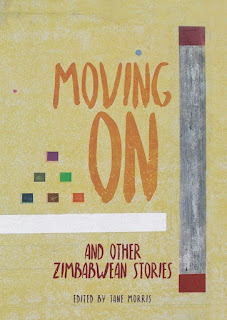 I inboxed him to understand where his new thread is going. Although he is interested in different genres, Huchu believes science fiction is an accurate reflection of the world today than is generally credited. "I think the world we live in is already more 'sci-fi' than anything fiction can conjure," he tells the columnist.
"You have ancient religions co-existing with touchscreen phones; cutting edge technology broadcasting signals at the speed of light, while people read news stories about money-spitting snakes; rovers landing on Mars, just as folks in my rural home farm with ox-drawn ploughs. My fiction is but a pale simulation of an infinitely more complex world."
Some of his pieces are, in fact, driven by economic and political verisimilitude. In The Sale, an Asian economic giant is overseeing a hostile takeover of this country, thanks to a bad debt. The citizens are routinely dozed into docility, unable to resist.
Although this story came out a few years back, it is only recently that we have witnessed more sustained discussion about the implications of countries mortgaging national assets and resources, sometimes for prestige projects of questionable developmental value.
When I erroneously credit Huchu as the first Zimbabwean writer to get a speculative fiction-specific award for his Marriage Plot, he is quick to register disapproval.
"I have a particular aversion to the cult of the 'first xxxx', unless it actually refers to something significant. When I see someone called the 'first xxxx' for something trivial, I think it reveals a culture of mediocrity as opposed to the celebration of real merit," Huchu said.
"Genres been here for hundreds of years, and I'm not the first at anything, rather, I'm remixing pre-existing forms in the same way a deejay doesn't make music, but in the course of his set enables the listener to approach the music in a different way, and [if the deejay is any good] understand it in new ways."
In The Marriage Plot, Huchu's future self lands to advise him not marry a certain woman lest he mess forever-after up for both of them. Another split-persona trick. The only problem with Mr Future Self is that his extra-terrestrial wisdom changes by the minute, so that he comes back two more times with conflicting prognoses of married life, first with missing teeth (presumably at the hands of a mean-spirited alternative bride), second with an unflatteringly rearranged nose.
Whether they made peace with the occupational hazards of the marriage plot, and whoever they ultimately married, Huchu's selves at least got an award for their pains. Hopefully, Huchu's 2017 Nommo Award sparks more Zimbabwean activity in the genre.
In The Library of the Dead, mapped around patriotic Harare, the protagonist falls in love with a sentient book in some underworld at the national shrine. Yeah, bizarre as it gets. Anyway, it all ends badly in a passion suicide. The thing is you never know what to believe in literal suicide reports, much less literary ones.
I ask about the miracles of the righteous twin's conversion to science fiction.
"I didn't covert. I was reading this stuff throughout primary and secondary school. Spec-fic covers the whole gamut from the tsuro nagudo tales your grandma tells you about, all the way to pulp fiction, and, I dare say, even fables from the big book your priest/pastor shoves down your throat every Sunday. I'm not sure it's brought me any 'miracles', but it's a great petri dish for playing with different ideas," Huchu said.
He is currently working on an urban fantasy novel called Ghostalker.
"It's a delightful romp with a girl who talks to ghosts for a living, villainous villains like the Midnight Milkman, childhood for sale, and scientific magic. I'm having an awful lot of fun with it and I hope to have the latest draft back with my agent soon."

Moving On and Other Zimbabwean Stories and The Maestro, The Magistrate and The Mathematician are available through amaBooks in Zimbabwe, Parthian Books in the United Kingdom and the African Books Collective elsewhere.